“I thought I was just doing my civic duty.” 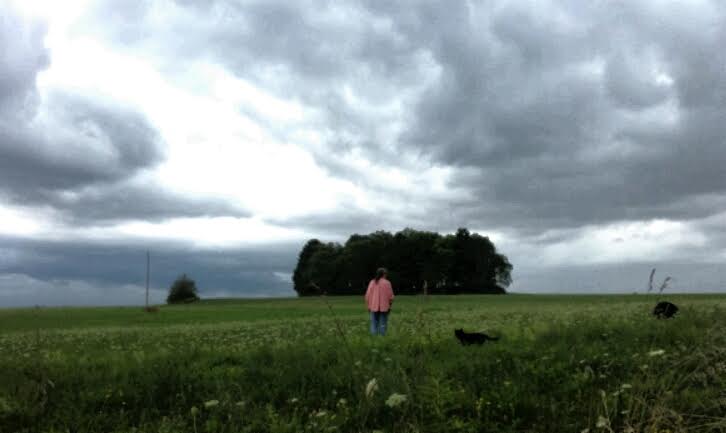 Jenny is a blueberry farmer in Central Pennsylvania. For decades she lived her dream of owning a farm and raising her kids and dogs amongst rolling green hills. Everything changed when industry arrived. She’s experienced some of the most dramatic impacts of fracking. At first it was trucks everywhere, and soon after her water was contaminated. She said it just kept getting worse and worse.

After suspecting illegal dumping Jenny investigated herself, gathering samples from the roads. Her fears were confirmed true when results showed the same chemicals used in fracking were being spread on county roads.

Then one day the state police arrived to arrest Jenny for criminal trespass – charges which accused her of intending to do harm to property.

She explained, “I thought I was just doing my civic duty by collecting those samples.”

The subsequent court proceedings consumed her life for months. Even though the charges didn’t stick, it took her time and effort.

“Did they wanted to intimidate me?” she asked. “Or was it retribution?”

That’s not the only thing. She also had to fight a drilling pad and waste impoundment positioned directly in front of her home. Why, of hundreds of surrounding acres that her absentee neighbor had leased, had they decided to put it there?

Jenny never intended to become a fracktivist – but she fought back against the drilling. She pushed through despite anxiety, hardship, contaminated water, and intimidation. Fortunately her charges of criminal trespass were dropped. After a six-month battle the gas company withdrew the permit to next to her home.

Now her efforts to reveal the impacts of fracking on real people are making a difference. She’s a founding member of Pennsylvania Alliance for Clean Water and Air and runs a website called List of the Harmed, documenting the hundreds of people speaking up and telling their truth about fracking.

Like many, Jenny relies on support to continue her work.

Her ask of those reading this story is to share the List of the Harmed, especially to the “powers that be.”

“They continue to claim that the harms are only anecdotal. They claim that they are not hearing complaints from their constituents. Get involved in any way you can. This extremely destructive and toxic practice must stop, not only for the welfare and health of those forced to live nearby drilling operations and its supporting infrastructure, but also because of natural gas’ contribution to climate change.”

See the other stories from our Raising Resistance Campaign