The reports (“2016 Tight Oil Reality Check” and “2016 Shale Gas Reality Check”) evaluate the U.S. Energy Information Administration's increasingly optimistic projections in light of actual production data (through June 2016) and the agency’s own previous estimates. The reports raise critical questions about the veracity and volatility of the EIA’s estimates, questions that are especially important as the Trump Administration sets its domestic energy policy.

Watch this webinar to learn more about the EIA’s projections and consistent optimism bias for future energy prices and production, as well as how it has created problems for frontline communities and landowners. 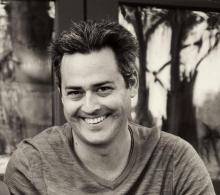 Asher Miller is the Executive Director of Post Carbon Institute where he develops and manages programs that help communities, governments, businesses, and individuals create a more resilient, equitable, and sustainable world.  Prior to joining Post Carbon Institute, Asher founded Climate Changers, an organization that inspires people to reduce their impact on the climate by focusing on simple and achievable actions anyone can take. 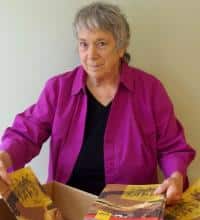 Barbara Arrindell, Director and one of the founders of Damascus Citizens for Sustainability or ‘DCS’- which is named for the town many of the founders are from.  DCS started the wake up about gas drilling on the East Coast at the beginning of 2008 and started encouraging others to speak out and take notice. The movie, Gasland, is dedicated to DCS. 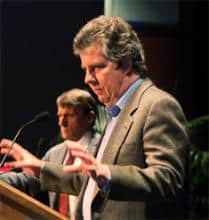 David Hughes is an earth scientist who has studied the energy resources of Canada for four decades, including 32 years with the Geological Survey of Canada as a scientist and research manager. Over the past decade, Hughes has researched, published and lectured widely on global energy and sustainability issues in North America and internationally. 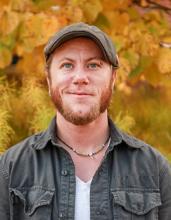 Dakota is a Ph.D. Candidate in the Department of Sociology at Oklahoma State University. Their general research interests highlight issues of inequality and development of social movements. Dakota is an activist scholar with a preference for participatory action research.

Posted in Webinars
← Karen Edelstein – Mapping For the MovementWhat’s new with the network this quarter? →

Participate In The Next Network Webinar

Webinars can range from presentations to outcome focused trainings. It's one of the best ways to share our expertise, interests, skills, and exchange information across a geographic distance.

If you want to learn, please vote on the topics that would be valuable for you – so our team can plan upcoming trainings.

If you have an idea for a webinar, or something to teach please click here to offer a webinar for the network.

To hear about upcoming webinars, and member only trainings, subscribe to the Halt the Harm webinar alerts list.

Thanks for subscribing! Please check your email for further instructions.

Something went wrong. Please check your entries and try again.